Some want a chance to be part of something larger than themselves. Some come for the financial aid benefits. Others allude to something more personal in their motivation.

Many paths to success

In the ROTC programs, cadets’ lower-level courses focus on fundamentals and service branch history and customs, while upper-level courses target tactics and leadership. Upon graduation, cadets are commissioned as second lieutenants, and these young men and women put leadership skills honed at FSU to work.

Megan Householder, a spring 2019 psychology graduate, joined the Army’s Chemical Corps. “Our generation needs more challenges, to get us out of our comfort zones. ROTC did that for me,” she said.

Other recent Army ROTC alumni have made their own plans — some in the military and others in the private sector. Lynne Tieu, who earned a master’s degree in cell biology, hopes to go to veterinary school. Scott Gradolf, a finance graduate, is headed into aviation. Nursing graduate Savannah Markel, whose parents both served, will continue her military career and is honored to have service-members as her patients.

Moira Conley, a junior from an Air Force family, is blending her ROTC experience with her music major for Honors in the Major research on the Fife and Drum Corps’ effect on military tactics.

Today’s cadets are ready to step forward and carve out their own paths.

“They are eager. They are sincere. And they are smart,” said Lt. Col. Keith Pruett, commander of the Army ROTC program and a professor of military science. “It’s not about being perfect. It’s not about being right. It’s about understanding what it takes to lead and to be prepared.”

Col. Rodney Singleton, commander of the Air Force ROTC program and a professor of aerospace studies, said no two cadets’ stories are the same. “We have students from all walks of life, from students of military and middle-class families to students who are doing the best they can to build a better life, and they’re all amazing,” he said.

ROTC cadets get a great education and a job guarantee, plus a lot more.

Hayden Hurst, cadet commander of the Seminole Battalion for spring 2019 and co-captain of the battalion’s Ranger Challenge Team, graduated with a degree in mechanical engineering and is headed to the infantry.

“Knowing where I was when I came in and where I am now, I’ve truly grown beyond what I thought was possible,” Hurst said. “I have met all sorts of people from all around the world, and it has changed my life completely.”

Air Force ROTC Detachment 145 was activated July 1, 1949, just two years after the Air Force spun off from the Army Air Forces as its own service branch. The first ROTC unit at FSU, it’s also known as the home of the Seminole Airmen.

As part of the AFROTC Southeast Region, headquartered at Maxwell Air Force Base in Alabama, Detachment 145 has earned numerous honors, including top regional detachment in 1986, 1993, 2003, 2005 and 2017. In 1993, it was the nation’s top detachment. More than 1,000 cadets have been commissioned as Air Force second lieutenants through the FSU program, and there are currently 139 Seminole Airmen.

The program transitioned to Florida Military and Collegiate Institute, and a contingent of cadets fought in the Battle of Natural Bridge during the Civil War in 1865. For this service, the Seminole Battalion is one of only six college ROTC programs authorized to post a battle streamer on its colors for “significant participation in a battle of historical importance.”

There are 157 students in FSU’s Army program, almost 40 of them women. An average of 30 cadets graduate each year and move into active duty, National Guard or reserve status. 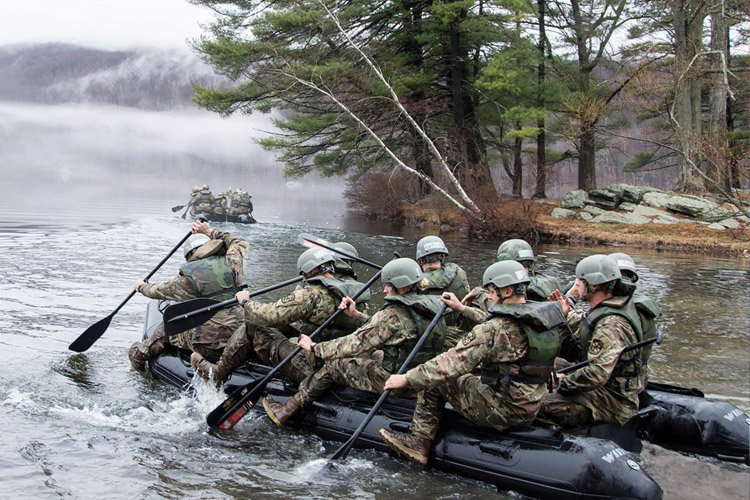 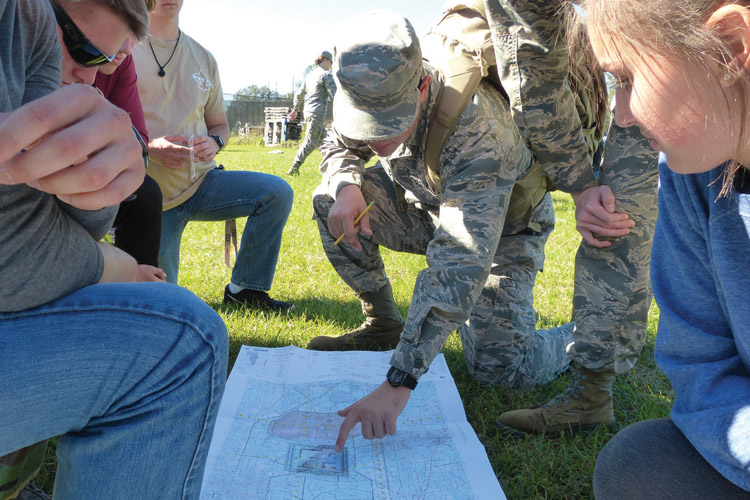 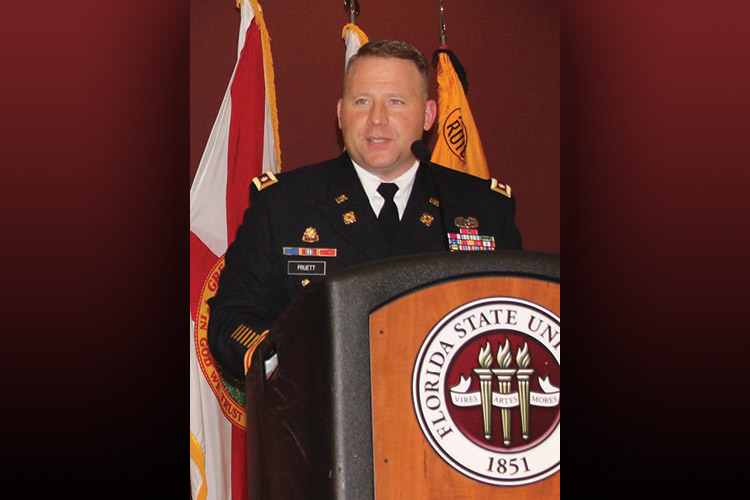 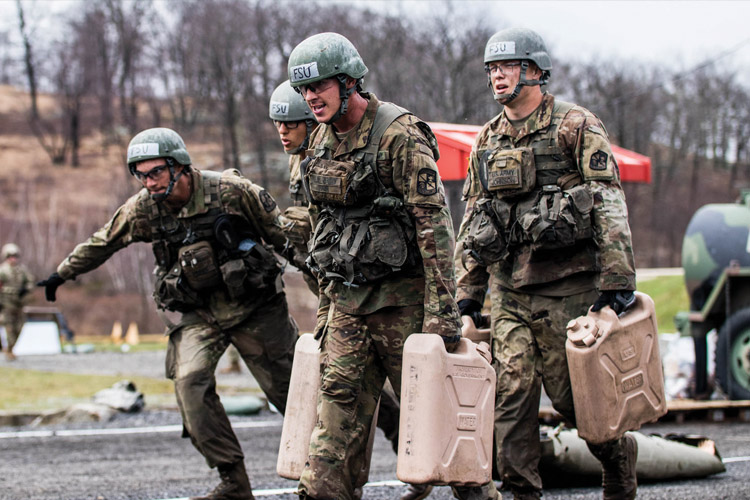 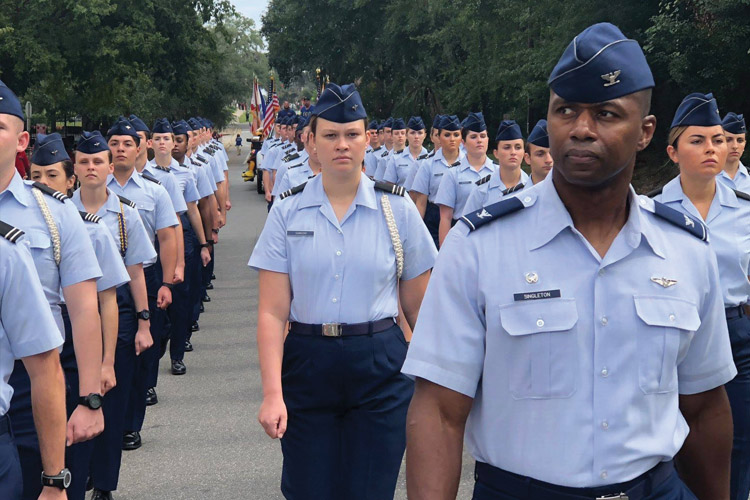 Members of Air Force ROTC Detachment 145 are on the march and led by commander Col. Rodney Singleton. Courtesy photo. 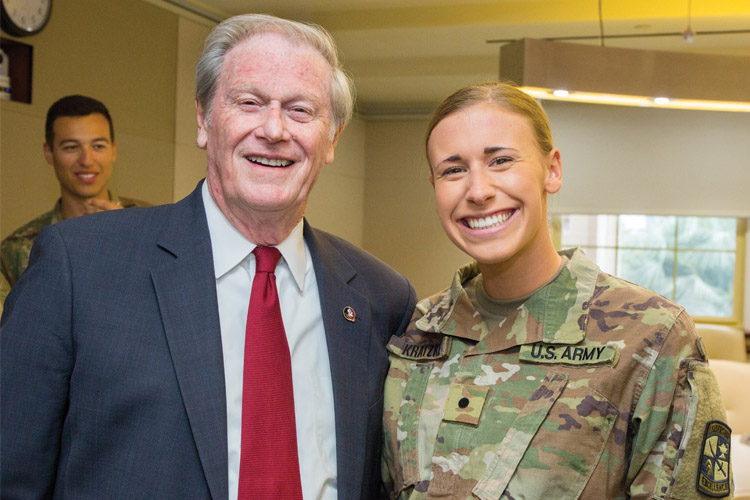