For 60 years, it has been an incubator for cutting-edge experimentation in fundamental and applied physics and launched the careers of innovative faculty researchers and bright new students. The lab brought in over $15 million in external grant funding in the last decade alone, an affirmation of its quality research and student outcomes.

“This funding allows us to continue renewing the lab by hiring faculty who develop new areas of research. These faculty recruit and train inquisitive undergraduate and graduate students, and the cycle continues,” said nuclear physicist and emeritus professor of physics Kirby Kemper, who joined the lab in 1968 as a post-doctoral fellow.

“I’m retired now, but I’m still here because I love being around these brilliant people,” Kemper said. “I still get weekly calls inquiring about a student or colleague who is an expert on a particular topic. Learning how physics makes up our world is a passion, and that passion doesn’t go away.”

Beginning with a Bang

In the 1950s, nuclear theorist Alex Green possessed similar passion and envisioned a lab that emphasized a relationship between theory and experimentation. Green proposed a collaboration among the State of Florida, the federal government and the university. With then- Florida Governor LeRoy Collins’ support, the project moved forward with the goal of building a center of excellence in nuclear research in Tallahassee. His concept was brought to life in 1958 when FSU’s program in nuclear physics was established.

The Accelerator Lab opened in 1960 after installation of an EN Tandem Van-de-Graaff accelerator, the second of its kind in the world. John D. Fox, the lab’s namesake, joined the faculty soon after the facility opened.

Using the new accelerator, which propels nuclei together fast enough to create nuclear reactions, Fox and then-research associate Donald Robson discovered isobaric analog resonances, in which neutrons occupy states usually belonging to protons, or vice versa. The occurrence of these “mirror” states in heavy, complex nuclei was a shock and contrasted with theories at the time.

This discovery quickly put FSU on the world map of nuclear physics, and Robson’s theoretical interpretation of isobaric analog resonance data won him the Tom W. Bonner Prize in Nuclear Physics from the American Physical Society’s Division of Nuclear Physics in 1971, the most prestigious U.S. prize in nuclear physics at the time.

“I can’t emphasize enough the role Fox and Robson’s discovery played in our international recognition and boosting visibility of all science departments at FSU,” said professor of physics and former lab director Samuel Tabor. “Another crucial development occurred in 1961 when the first useful acceleration of negatively-charged helium ions was achieved by FSU graduate students who didn’t ‘know’ it couldn’t be done. They were pioneers at the second accelerator of its kind in the world.”

An experimental lab that fosters collaboration between nuclear theorists and experimentalists at FSU was Green’s visionary concept, and this interplay, which continues today, is a driving force behind its continued success. The lab graduated its first doctoral student in 1962, and 187 doctoral degrees have been conferred since.

Another key to the lab’s longevity is constant reinvention of the facility, thanks to generations of faculty making Fox Lab their scientific home and pursuing new scientific directions. The first major upgrade occurred in 1970 when the original Tandem Van-de-Graaf accelerator was replaced by a bigger, 9-million-volt model, which increased available energy ranges of particle beams and enabled investigation into heavy-ion reactions.

In 1991, a superconducting linear accelerator (Linac) was commissioned, which put Fox Lab at the leading edge of emerging superconducting technology. This new facility, second in the world, combined the Tandem Van-de-Graaf accelerator and the Superconducting Linac to examine quickly-rotating atomic nuclei. Research into nuclear physics of stars was emphasized in 2002 with construction of the RESOLUT facility, which creates beams of exotic, short-lived isotopes to facilitate investigation of stars’ energy sources and explosions.

“FSU is one of few groups able to perform nuclear physics research with an on-site accelerator laboratory. It’s what brought me here in the first place, and coming to Tallahassee was one of the best decisions of my life,” said nuclear physicist and Dean of the Graduate School Mark Riley. “Developments at the lab led to my involvement in physics at an international level over the last three decades, working on the development of the most powerful detector systems in the world, Gammasphere and GRETINA-GRETA, which transformed the field of nuclear science.”

The lab is among seven founding members of the Association for Research with University Nuclear Accelerators, a consortium organized by professor of physics and current Fox Lab director Ingo Wiedenhöever. ARUNA supports and represents university nuclear accelerator labs across the country, amplifying contributions as these entities compete directly with federally funded national laboratories.

“The high-quality training our graduates receive, enhanced by hands-on experiences in Fox Laboratory, makes them employable for a range of careers,” Tabor said. “Students work in areas such as cancer therapy, developing methods of space flight and arms control through nuclear weapons reduction. Past graduates grow into leadership positions and hire newer grads; a graduate of mine from two years ago is now working for a graduate of mine from over a decade ago.”

Fox Lab is also part of the Center for Excellence in Nuclear Training and University-Based Research, or CENTAUR, a multi-institutional effort from the Department of Energy’s National Nuclear Security Administration. CENTAUR assists in training of doctoral students who prove qualified to work in applied national defense labs and related activities — three Fox Lab doctoral students, on average, are supported annually through CENTAUR.

“The most incredible part of the lab is the scholars it produces. Our students are in high demand and have become leaders all over the world,” Kemper said.

One such graduate, Thomas Glasmacher, went on to become director of the Facility for Rare Isotope Beams at Michigan State University and is overseeing construction of the world’s largest accelerator for exotic nuclei in an almost $1 billion nuclear physics lab. Another, Daryl J. Hartley, serves as physics department chair at the United States Naval Academy.

“I chose FSU because of the state-of-the-art research facilities available onsite,” Ajayi said. “In the Nuclear Structure Group … we try to understand the structure of nuclei, especially exotic ones … using Gamma-ray spectroscopy to understand excited states of nuclei and to understand nuclear forces.”

Fox Lab’s outstanding role in graduate training was recently recognized, when Tabor received the 2019 Mentoring Award from the American Physical Society Division of Nuclear Physics for his role in training of students over many years.

“Without our tremendous staff, colleagues in the physics department, leadership in the College of Arts and Sciences, and the university overall, we wouldn’t have such a long term and tremendous impact on nuclear physics,” Kemper said. 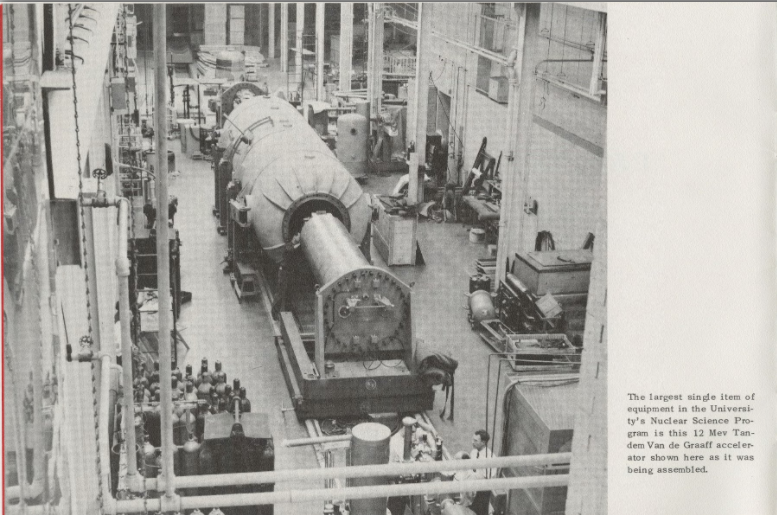 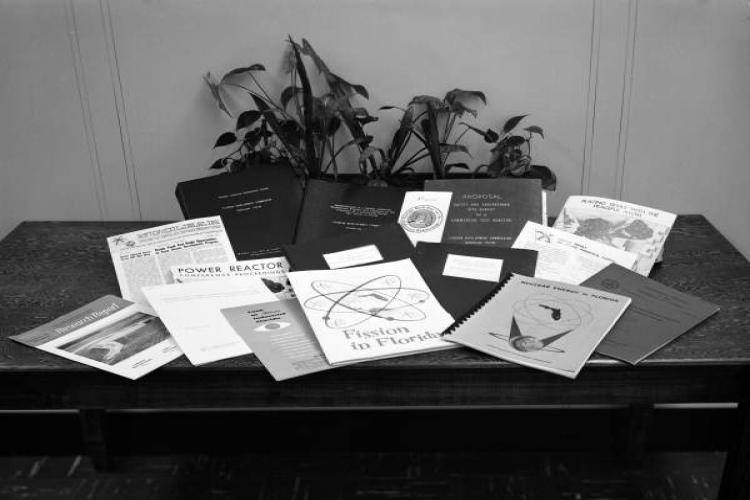 Information materials in Tallahassee about atomic power in Florida, 1959 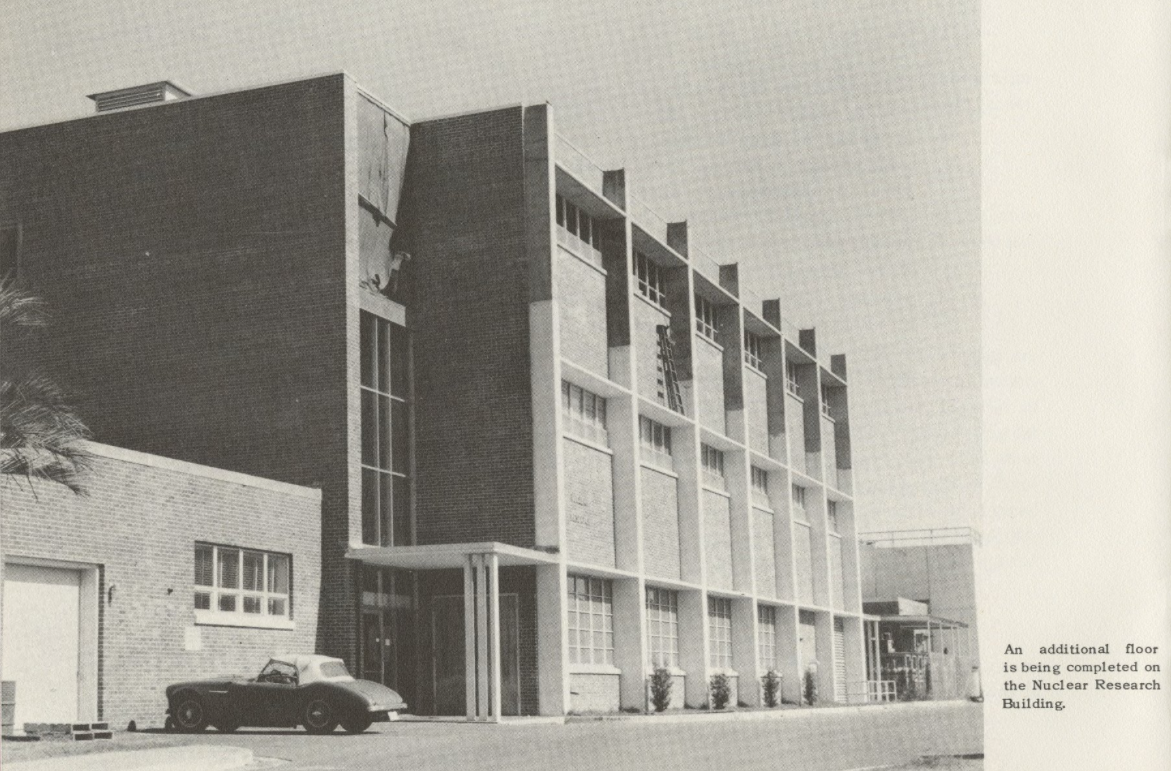 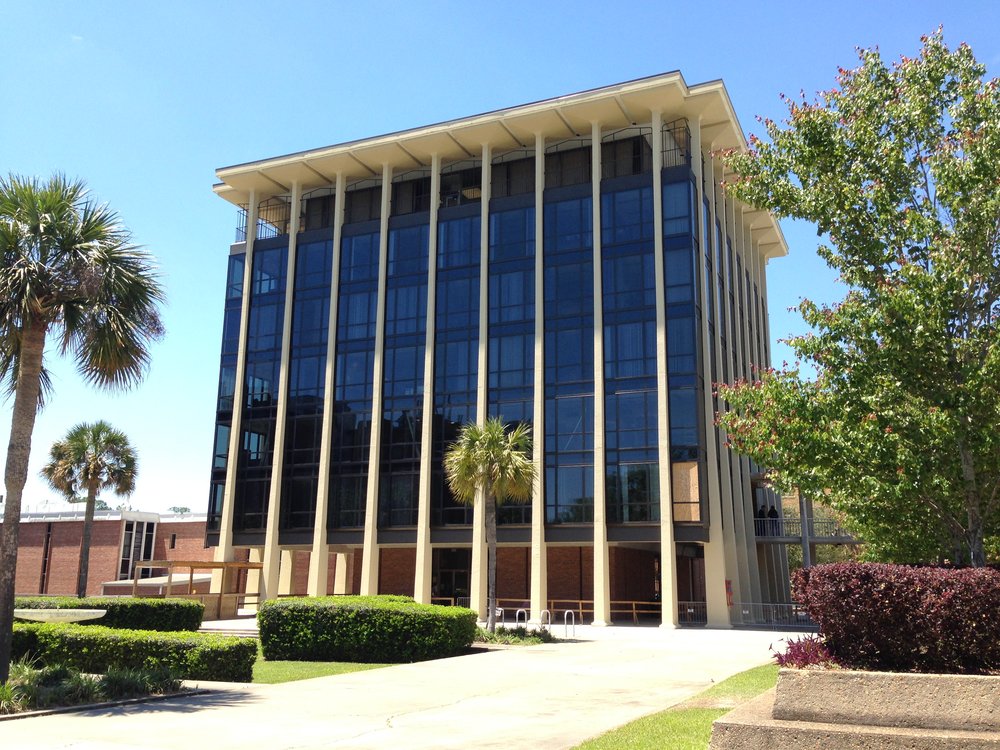 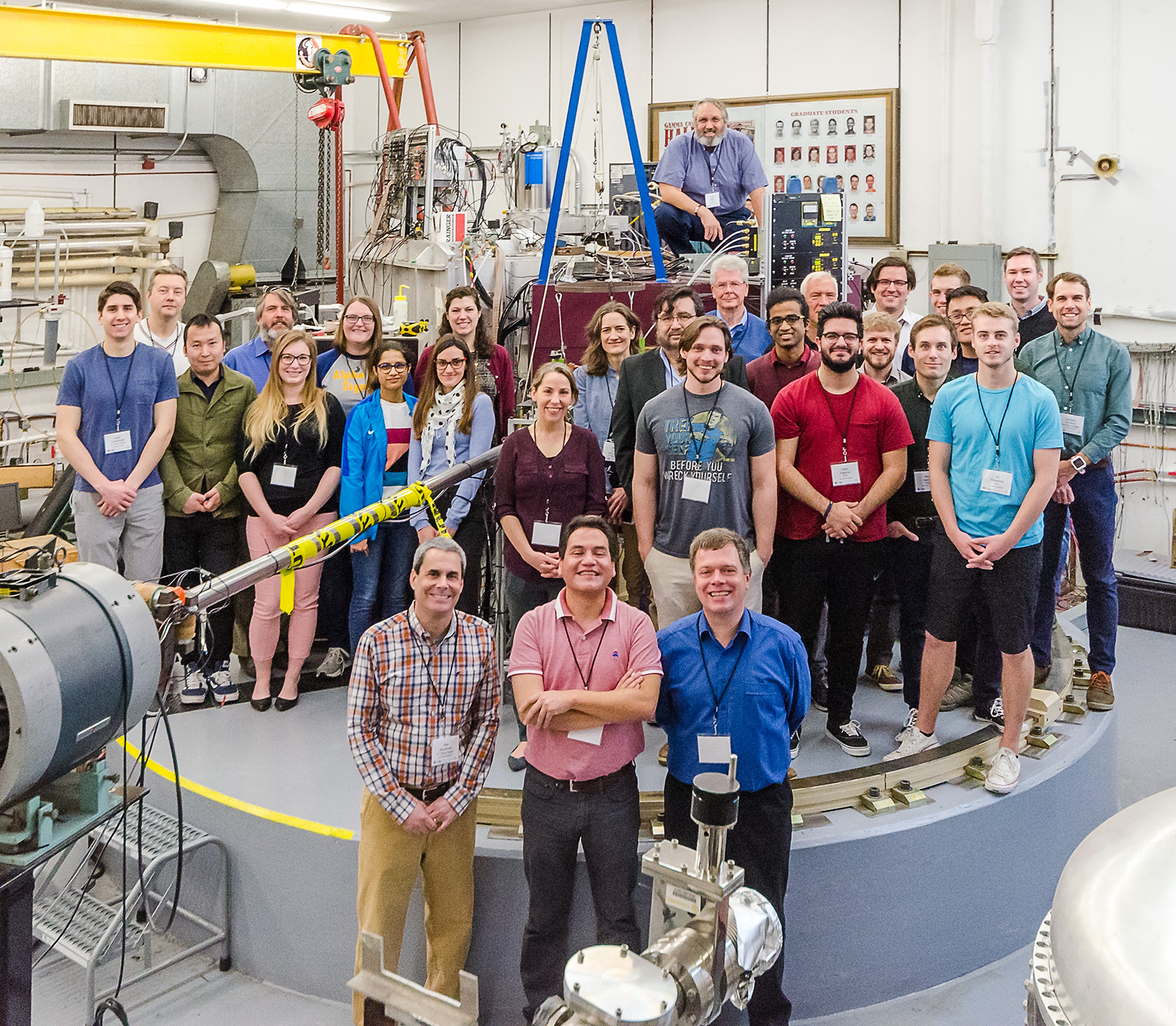 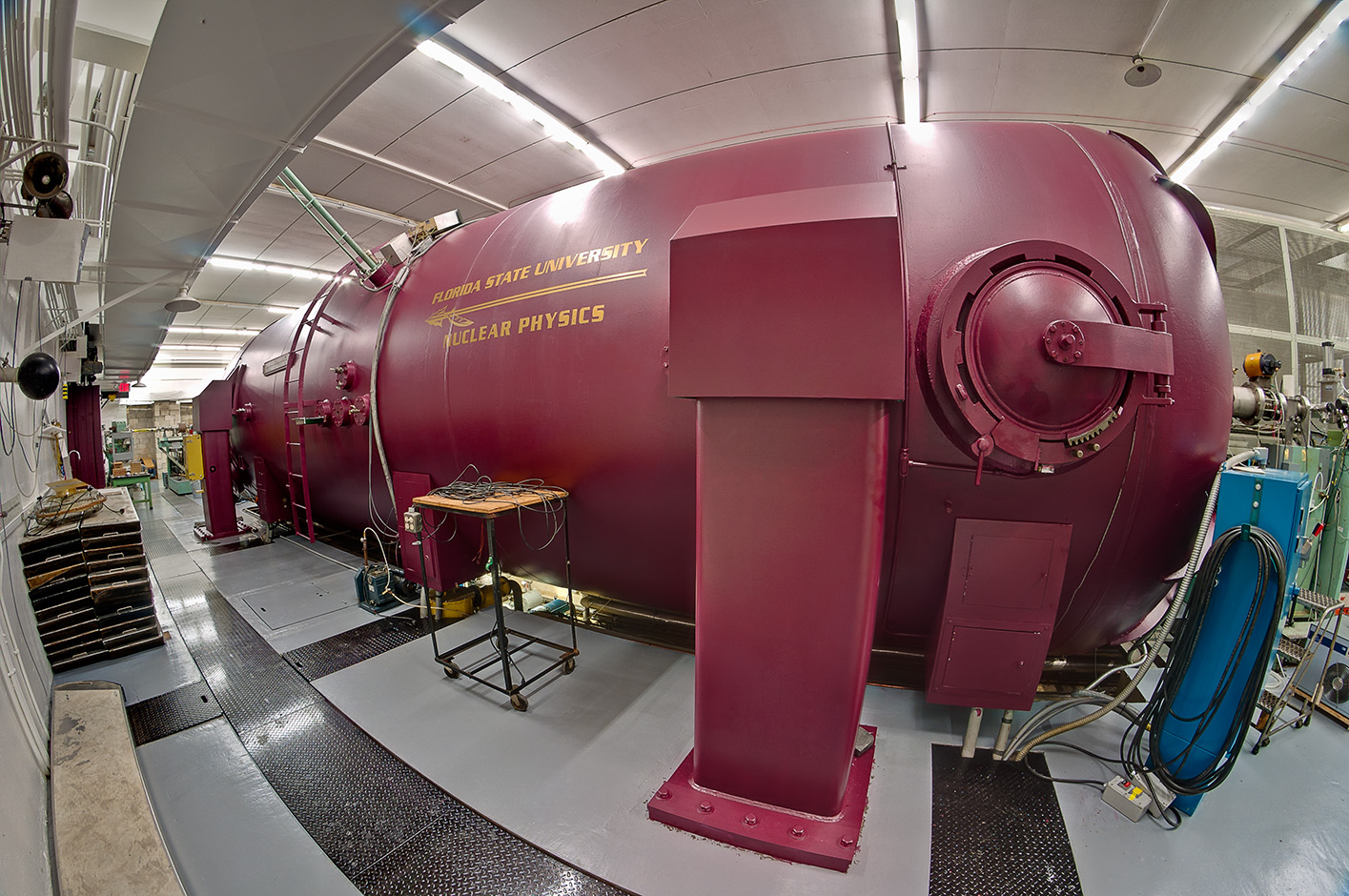