Study: Sitting still in class may not be best learning technique for children with ADHD

For years, teachers and parents have instructed students to sit still and do their homework. 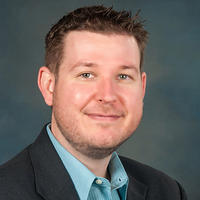 But for students with Attention Deficit Hyperactivity Disorder, that advice may not be the best course of action.

A new study, co-authored by a faculty member in Florida State University's Department of Psychology, found that simple movements like squirming, foot tapping and standing up may actually be key to how a child with ADHD processes and retains complex information.

“Our previous work showed that kids with ADHD aren’t always hyperactive — it’s only when they’re engaged in challenging cognitive tasks like schoolwork that they move more than their peers,” Assistant Professor Michael Kofler said. “Now, we see why — the movement appears to help get the juices flowing and helps them remember and use information better.”

The work is published in the Journal of Abnormal Child Psychology. 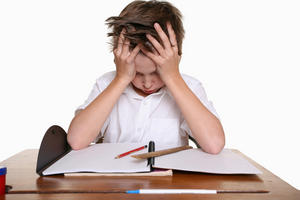 Research was conducted at the University of Central Florida, where Kofler earned his doctorate. Researchers examined 52 boys ages 8 to 12. Of those children, 29 had been diagnosed with ADHD. The remaining had no clinical disorders.

During the testing, each child was asked to perform a series of tasks designed to test their memory. For example, they were shown a series of jumbled numbers and a letter on a computer screen and then asked to reorder the numbers from smallest to biggest, followed by the letter. Children completed the tests several times over a four-week period. Cameras recorded the kids, so observers could record their moment and also their attention rates.

They found that for most children with ADHD, the more they moved, the better they performed on the tasks. Conversely, the boys who did not have ADHD tended to perform worse when they moved more.

The results have major implication in how schools work with students who have ADHD, particularly during high-stakes testing situations. The study goes so far as to even suggest setting up an environment where students can indeed move in some capacity.

“When I was in school, it was a ‘butt in chair, feet on floor’ mentality,” Kofler said. “That doesn’t seem to help for kids with ADHD. Instead, our research says we should encourage them to fidget, squirm, stand, sit on an exercise ball, or otherwise move while they’re doing their schoolwork. That doesn’t mean free reign to run around the classroom — it means we want to reward them for working on their assignment, not whether or not they’re sitting properly in their chair.

The study’s other authors are Dustin Sarver of the University of Mississippi Medical Center, Mark Rapport and Lauren Friedman of UCF, and Joe Raiker of Florida International University.