Peatlands store a significant amount of the Earth’s carbon and have functioned as an important moderator of carbon dioxide in the atmosphere for thousands of years. But as peatlands are lost to overextraction and affected by a warmer climate, the impact on these natural carbon scrubbers remains unclear.

A team of researchers from Florida State University, Georgia Institute of Technology, Oak Ridge National Lab and the University of Arizona received a $3.2 million grant from the Department of Energy to investigate the status of carbon stored in peatlands, environments that are at risk of carbon release due to climate change. The funding is part of a wider $178 million effort to advance breakthroughs in sustainable technology to improve industries such as public health and food production and to address climate change.

The FSU team aims to uncover the relationship between carbon dioxide and methane production in peatlands that can be directly applied to climate models to better predict future warming. The three-year grant will provide support as the researchers delve deeper into the mechanistic controls of the below-ground carbon cycle and greenhouse gas production from peatlands by monitoring environmental changes at the Spruce and Peatland Responses Under Changing Environments, or SPRUCE, research facility in northern Minnesota.

The facility in Minnesota’s Marcell Experimental Forest is experimentally warmed to various temperatures to simulate warmer climates and study the peatland climate feedback. Data from the collected samples will help researchers assess carbon release and retention in the face of rising temperatures.

As the plant community in the study facility is affected by warming and produces more sugars, those sugars become fuel for the anaerobic microorganisms that produce carbon dioxide and methane during respiration.

“We know that the plant community at the site is changing in response to warming and that with those changes come changes in the inputs of organic matter and phenolic compounds belowground, as different plant species release different compound compositions,” said Rachel Wilson, a research scientist in the FSU Department of Earth, Ocean and Atmospheric Science and the principal investigator for the FSU research team.

A major question for researchers is what will happen to the peatlands if climate change damages the environment’s ability to retain its carbon and other greenhouse gases.

“The amount of carbon that is stored in peatlands is equivalent to the amount of carbon dioxide in the atmosphere,” said research team member Jeff Chanton, a Robert O. Lawton Distinguished Professor and the John Widmer Winchester Professor of Oceanography. “As the climate warms, there is concern about what is going to happen to these large carbon reservoirs that are held on the surface of the Earth. Will they continue to store carbon or are they going to release carbon?”

Phenolic compounds, secretions from the mosses that grow in peatlands, act as a soil stabilizer by helping to preserve the carbon in the peatlands. Alexandra Cory, an EOAS alumna who earned her doctorate in 2022, contributed to the phenolic compound research that plays a significant role in this study.

“Building off Alexandra Cory’s work, this project will help us understand how different types of phenolics affect the belowground carbon cycle by directly inhibiting microorganisms or altering the availability of easily decomposed organic matter,” Wilson said.

Once the spring thaw warms temperatures enough to collect samples, Wilson and the team will travel to the SPRUCE experimental site four times to capture seasonal trends in the lead up to the next fall freeze. The team will also collect porewater for comparison from additional sites in Minnesota and Wisconsin, allowing Wilson to place the study’s results into a larger context and extrapolate their conclusions to areas beyond the SPRUCE site.

“This is a great opportunity to work at a world-class experimental facility and collaborate with over a dozen other institutions, all working toward understanding the whole ecosystem effect of climate change,” Wilson said. 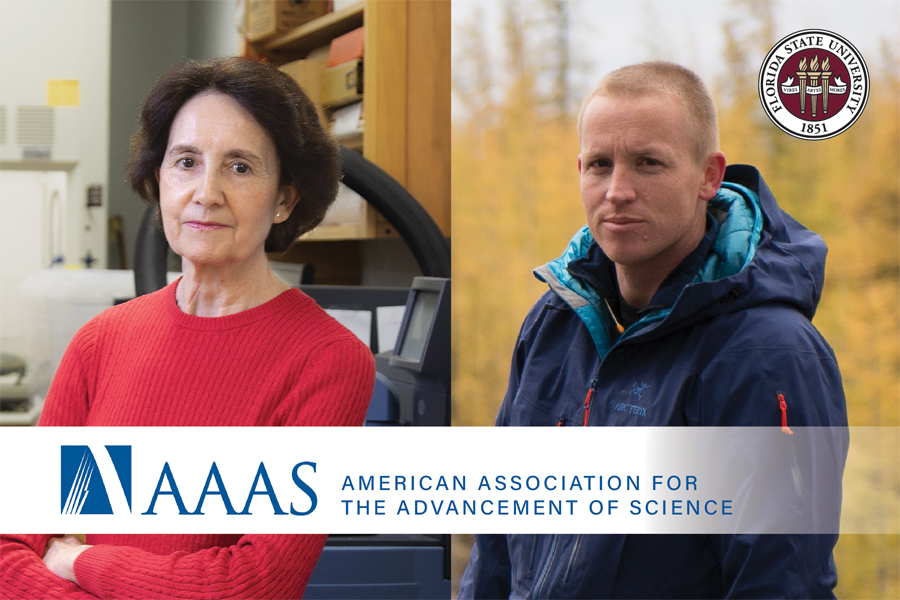